In a comparison of 2 popular website building frameworks, Twitter Bootstrap squares off with Foundation from Zurb. With much focus on responsive design these days, both of these frameworks are ranked at the top. Bootstrap is currently up to version 3.2 where Foundation is now on release 5.3. Among the many reviews, there doesn’t seem to be a clear winner, per se. 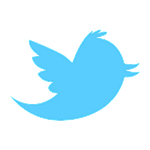 Conclusions basically depend on what purpose the final product is to serve and the level of expertise of the developer. I decided to find out for myself.

Instead of using the native versions of these platforms, for the sake of time and simplicity, I am working from the WordPress versions of each, so my point of view is from a WordPress administrator’s aspect.

I break down the comparison into the following categories: